To celebrate this day, we took a look at some inspiring and pioneering local women who changed the world through science, technology, engineering and mathematics.

Jocelyn Bell Burnell is an astrophysicist from Northern Ireland. Born in Lurgan, Jocelyn made one of the greatest astronomical discoveries of the 20th century. In 1967, Jocelyn discovered the first radio pulsars. Pulsars are rotating neutron stars that appear in ‘pulse’, since the beam of light they emit can only be seen when it faces Earth. Jocelyn's discovery provided a new way to probe space and theory and consequently transformed astrophysics.

It’s not widely known that one of aviation’s most daring pioneers was an Antrim woman! Lilian Bland lived in Carnmoney, with her father and became the first woman in the world to build and fly her own aircraft! In 1910, Lilian spent most of her time in a shed constructing a glider, which she named Mayfly. Lilian tested Mayfly by gliding it from Carnmoney Hill until it was strong enough to take an engine. In late August, the first successful flight was made at Randalstown and Lilian became the first woman to design, build and fly an aircraft! In a time when women could not vote, Lilian became an inspiration and is a legacy for any female considering a career in aerospace and engineering.

Born in Lurgan in 1923, Mollie McGeown was a pioneer is dialysis and kidney transplantation. Mollie attended Lurgan College and enrolled at Queen's University Belfast in 1940 to study medicine, graduating with honours in 1946. She studied for an MD but upon her completion of the degree in 1950, she was refused employment because she was a married woman. Instead, she decided to complete a PhD in biochemistry and was awarded a PhD in 1953. In 1959, Mollie was chosen to set up and run Northern Ireland's first dialysis unit. She pioneered both dialysis and renal transplantation in Northern Ireland and gained world-wide recognition for her famous ‘Belfast recipe’ of post-transplant management.

A renowned astronomer and mathematician, Annie was born in County Tyrone in 1868. Annie worked alongside her husband Edward and went on many expeditions to observe eclipses, often as the only woman. She was the first person to photograph streamers from the Sun’s outer layer and became a pioneer of Solar Astronomy. On the far side of the Moon the ‘Maunder Crater’, named after Annie and Edward can be found.

These women, alongside many more around the world, made some of the most innovative advancements of their time and opened the doors for future generations and tomorrow’s STEM leaders. Today, we celebrate women and all of their achievements. 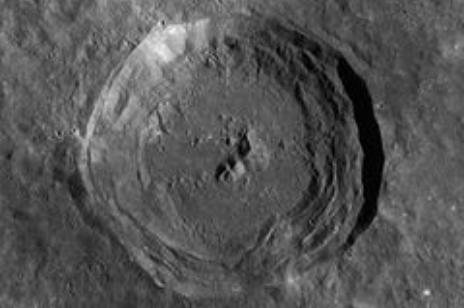 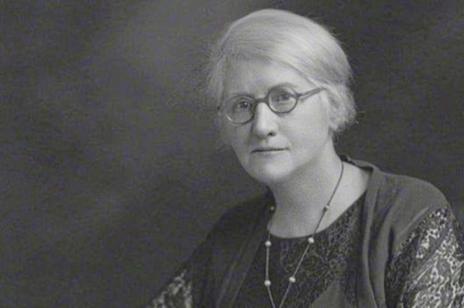 The 'Maunder Crater' on the moon - named after Annie and her husband, Edward.