This November, it's Microsoft Science & Discovery Month at W5 as we celebrate the 2019 NCAA Friendship Four Ice Hockey Tournament.

The Friendship Four Tournament is currently in its fifth year, and was an initiative led by the Odyssey Trust, the sister cities of Belfast and Boston, and the US Secretary of State’s Office of Global Partnerships.

Over Thanksgiving weekend (Friday 29 & Saturday 30 November), four American ice hockey teams, Northeastern, Princeton, Colgate, and the University of New Hampshire travel to Belfast with their fans to participate in the only NCAA collegiate hockey game to be played outside the USA and compete for the coveted ‘Belpot Trophy’. The four-team tournament is expected to draw large numbers of spectators from across Northern Ireland, the Republic of Ireland, the UK and America.

The key focus of the Friendship Four is Education – ensuring that young people and communities from all areas are engaged with education and provided with opportunities to identify relevant areas of study and future potential career paths.

To celebrate this unique sporting and educational event, the Odyssey Trust has developed the ‘Friendship Four – Microsoft Science & Discovery Month’, a fantastic programme of events being rolled out for schools and the public over the month of November, aiming to raise awareness of the role of STEM and Sport in our society and highlight our commitment to STEM education, lifelong and life-wide learning and community engagement.

Microsoft Science & Discovery Month launched yesterday with an exciting event at W5 featuring NASA Scientist Dr Sarah Noble and journalist Sarah Travers. Dr Noble presented on Lunar geology, past present and future! Followed by a conversation moderated by Sarah highlighting what we learned about the Moon from Apollo and more recent missions, and what future plans are, including what science we want to learn when we go back. 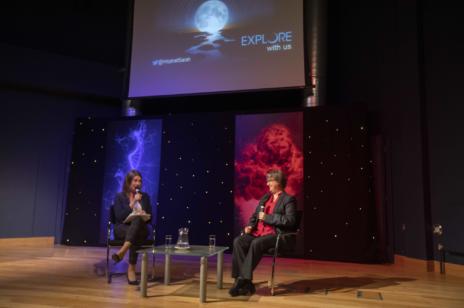 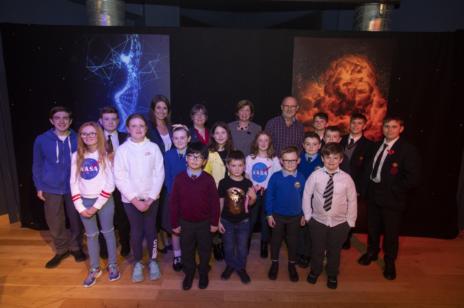 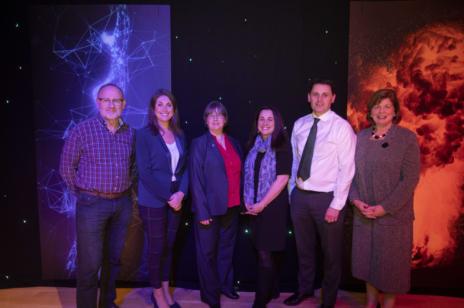 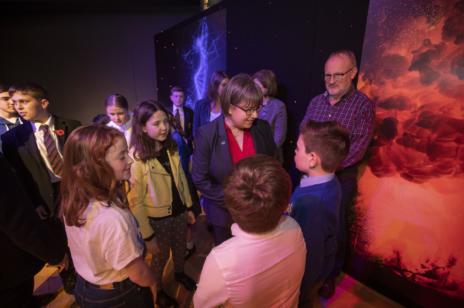 The next Microsoft Science & Discovery Month school event is ‘Smart Materials: Building the Future’ running on Monday 11 November. Each school event is FREE for schools to attend and each school will receive up to £100 to help transportation costs. Find out more about our school events here.